It's the final week of this Spring One Room Challenge which means it's officially crunch time in this 6 week room makeover! With just one week to go, and still a whole lot of big items to check off our to-do list, we've got no time to waste, so let's get right to it.

We're into Week 4 of our 6 week kitchen makeover for the One Room Challenge. This week we're adding some open shelving. Whenever anyone walks into our kitchen, the first comment we get is usually get is "Wow, that's a lot of cabinets" and to be fair, they're not wrong. We do have a lot of cabinets.

We're almost through the month of May! How did that happen?? Oh, right - I guess we've been so consumed with all things master bedroom that April just seemed to completely pass us by. That doesn't mean though that we let Earth month come and go without taking some time to make a few energy saving changes in the Dreamhouse.

Master bedroom makeover – Pulling it all together (ORC Week 5)

Well we're into the home stretch of the One Room Challenge and though most of the previous weeks were filled with lots of planning & purchasing this week we finally started pulling this master bedroom makeover together. We're in full execution mode and ready to bring the dream bedroom to life!

We made it to the finish line!!! I can't begin to tell you how excited (and relieved) I am to be able to say that. Today marks week 6 of the One Room Challenge and we're revealing one of the largest spaces in the house - our modern industrial family room.  This is the first truly 'finished' space on the main floor of our home and it feels so amazing to finally be able to walk in and get that first real glimpse of our vision for the Dreamhouse.

It's week 5 of our 6 week family room makeover for the One Room Challenge and I'm officially freaking out! Reveal day is exactly 7 days away and there are still SO many things we have to cross off our to-do list to bring our vision for the family room to life. 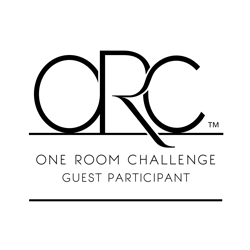 It's that time of year again!!  And no, I'm not referring to the season where we "pumpkin spice all the things" (although here in Canada it is that too). I'm referring to the time of year where bloggers from all over get just the kick in the pants they need to roll up their sleeves, get creative & come together to be inspired. It's One Room Challenge time!

One Room Challenge Week 3: Getting down & dirty with tiles

We're into week 3 of 6 in our One Room Challenge which means we're right at the half way mark. Aaaaannd as I write that I'm starting to feel the pressure. Last week was a bit anti-climactic with all of the researching, material sourcing & shopping but this week we really got to work.

Things around here have been a little quiet of late. But that's because Kes and I have put our DIY hats on & have been spending most of what used to be our blogging hours working at the Dreamhouse.

Tool essentials for the DIY Dad

Growing up, my Dad was never the most handy guy. I know a fair few people who's dads are also not handy guys (which is why most of them just called in a professional, see here for more information). Not to say that he isn't capable, just that working with tools was never really a high priority on his list. He's more the phone a friend & "supervise" kinda guy. I remember always having family friends come by to fix various things around the house & bringing with them the most fascinating tools. I quickly became the one who'd hold the flashlight & learned so much along the way. I guess you could say my extended family of DIY Dads probably taught me more than I would have learned having just the one...lol! But when Father's Day came around I was never the girl you'd find in the hardware store looking for gift ideas.